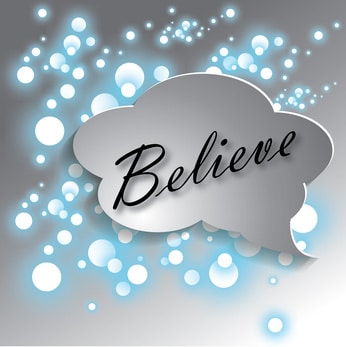 Hi. Today’s video in the very echo morning salon is about, as a hairdresser drives me mad, and I’m just going to share with you why, and why if you can leave out your mindset, can really help you get better haircuts and better hairstyles. Mutton dressed up as lamb. This is a term that gets used again and again with my customers. Mutton dressed as lamb. I don’t want to look as mutton dressed up as lamb. Basically, I don’t want to look like something I’m not. Now at the core of this, this is fine. This is quite understandable. As we get older, we realize that we’re not 19, 25 no more. We don’t want to be seen in a tight pair of leather trousers or something. Or was that just me? We have to accept that we are getting older. But I think it may be a British thing where we perhaps accept it too much. I’m not talking about sort of sticking Botox in your forehead or anything like that. I’m talking about being accepting on the one hand that, yes, you are getting older. We’re all getting older. And particularly as we reach into our sort of 30s, 40s, and 50s, there are massive changes in our body and in our hair.
To fight that, well, there’s a whole industry built up around fighting it. And you could argue that my industry’s in that group. However, I often hear that said, that saying, “Mutton dressed up as lamb,” as a kind of defeatist kind of attitude.

While I’m making it quite clear that none of us can stop the aging process, now should we try I don’t think, as we get older, there is so much we can do to look our very best. So often with our hair, there is so much that you can do that people shut off, because they believe that they’re going to be mutton dressed up as lamb, as it were. I’m just sharing with you that that’s not the case. You’ve only got to look back 50 years, and people wouldn’t talk about the fact they colored their hair. People were just sort of like, “Oh, it’s amazing. My hair has no gray. I’m 66.” Now people are quite open. “Yeah, I color my hair because I want to look my best. I want to look younger.” You take that forward now, in the respect that you may be 44. You may be 54. You may be 64. Accept that. It’s a fantastic age. Wherever you’re at, you’re at. I’m 50 next year, and I’m really looking forward to it. I have to accept I can’t have a quif anymore. My hair’s gone. You just got to make the best of what you’ve got.

But when I’m talking to ladies in my salon, and they say that saying, mutton dressed up as lamb, what I’m hearing is they’ve given up. And I don’t want that. I don’t want that in my salon. I don’t want that from my customers. I want them to feel fantastic. I want them to feel confident about the way they look, about their bodies. I want them to go out feeling the best they can feel. You’re never going to be 21 again. And let’s be honest, do you want to be? There’s lots of stuff that goes with that that’s positive. But there’s also a load of stuff being negative. It’s about being comfortable in your own skin. If you’re 50 and you’re walking down the street, you want to feel great about yourself in so many ways. I feel a haircut or color is one of those ways that externally expresses that.

The moment you start to limit yourself is the moment that you limit yourself inwardly as well. I know that sounds very deep and meaningful, but it’s true. The moment you start thinking like that, all kinds of things start happening. The way that you dress. Because it’s an expression of how you’re thinking about yourself.
So I just want to leave you with this thought. If you’ve ever said that to yourself, or outwardly, mutton dressed as lamb, or something similar that’s limited yourself, just be aware of yourself talk, in the respect of what it may be doing to what you allow your stylist to create for you, to make you walk that 1″ taller as you walk out the salon, or when you communicate with your loved ones, or when you’re in a crowd of people. How do you want to look and feel that makes you feel really good about yourself. Because this is the industry that I’m in, an industry of making people feel good about themselves, and a haircut or color is one of those ways that that can be done. I know it’s a bit of an unusual video, but it’s just something I hear again and again in the salon with my customers.

You don’t get it with 18 or 19 year olds. They’re not saying that. But with customers that have reached a certain maturity, that is a term that does come up, and it can be a real limiter. So I thought I’d just share that with you. Have a great day. Just coming up to the weekend now, so have a fantastic weekend. We’ll speak again at some point. Thanks a lot. Bye for now.

Get 50% Off Your First Cut And Blowdry

Just Fill Out Your Details Below And We Will Email You Your Discount Code.